Featuring Anderson .Paak, Vance Joy, Amy Shark, Hilltop Hoods, the annual Falls Music Festival in Byron Bay shaped up to be one of the biggest yet.

Festival goers gathered together at North Byron Parklands dressed in their sparkliest clothing, dancing and singing. I instantly felt at home. These were my people.

Unfortunately, due to illness, one of the headline and most-anticipated acts, Dizzee Rascal, had to cancel, but the show went on with DJ Levins taking his place.

The new year was welcomed in the most incredible way with stellar performances from Catfish & The Bottlemen, Hobo Johnson, Bishop Briggs and many more.

While dancing and stage performance may not be Hobo Johnson’s forte, he still manages to win over a crowd using his poetic soul to perform lyrics and spoken poetry that is both relatable and humerous. Taking to the stage with DeMarcus Cousins & Ashley, he reminded us he’s ‘not a nice guy.’ One thing’s for certain – no matter how many girls sing along to Hobo’s tunes, there’s only one on his mind. He stopped the show to give a special shoutout to his girl at home – “There’s a girl in California who I’m in love with. If you’re watching this on someone’s Instagram, I hope you’re well.” That goes to show just how humble this rising artist is. 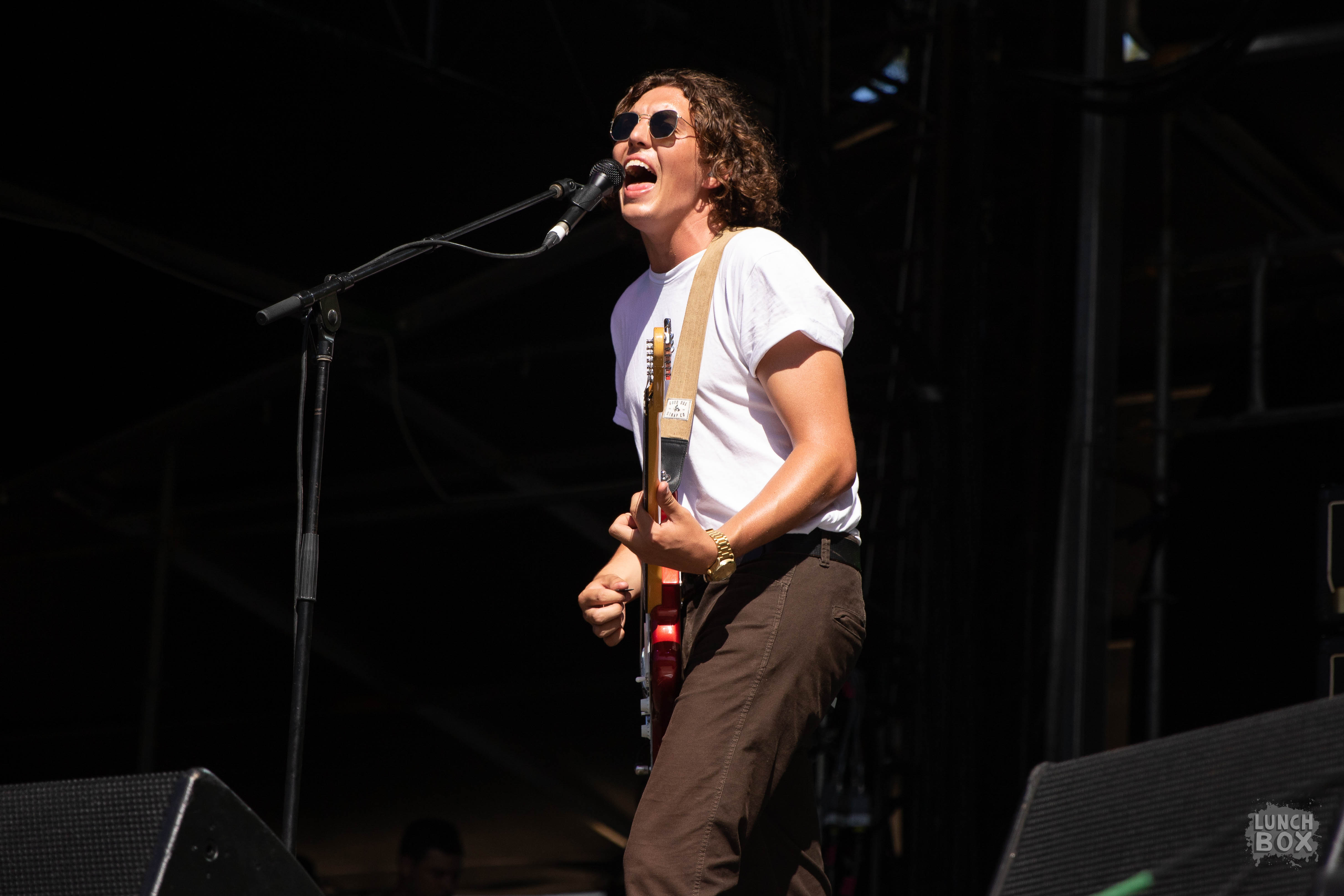 Hockey Dad have garnered a reputation for blistering live shows and certainly did not disappoint. Performing their most played tracks of 2018, I Wanna Be Everybody and Join The Club, it’s no shock the Wollongong duo have transitioned from up-and-comers to bona-fide headliners over the last year. They showcased exactly what summer is all about – relaxing vibes which was further articulated by the next band to hit the main stage, Ocean Alley. 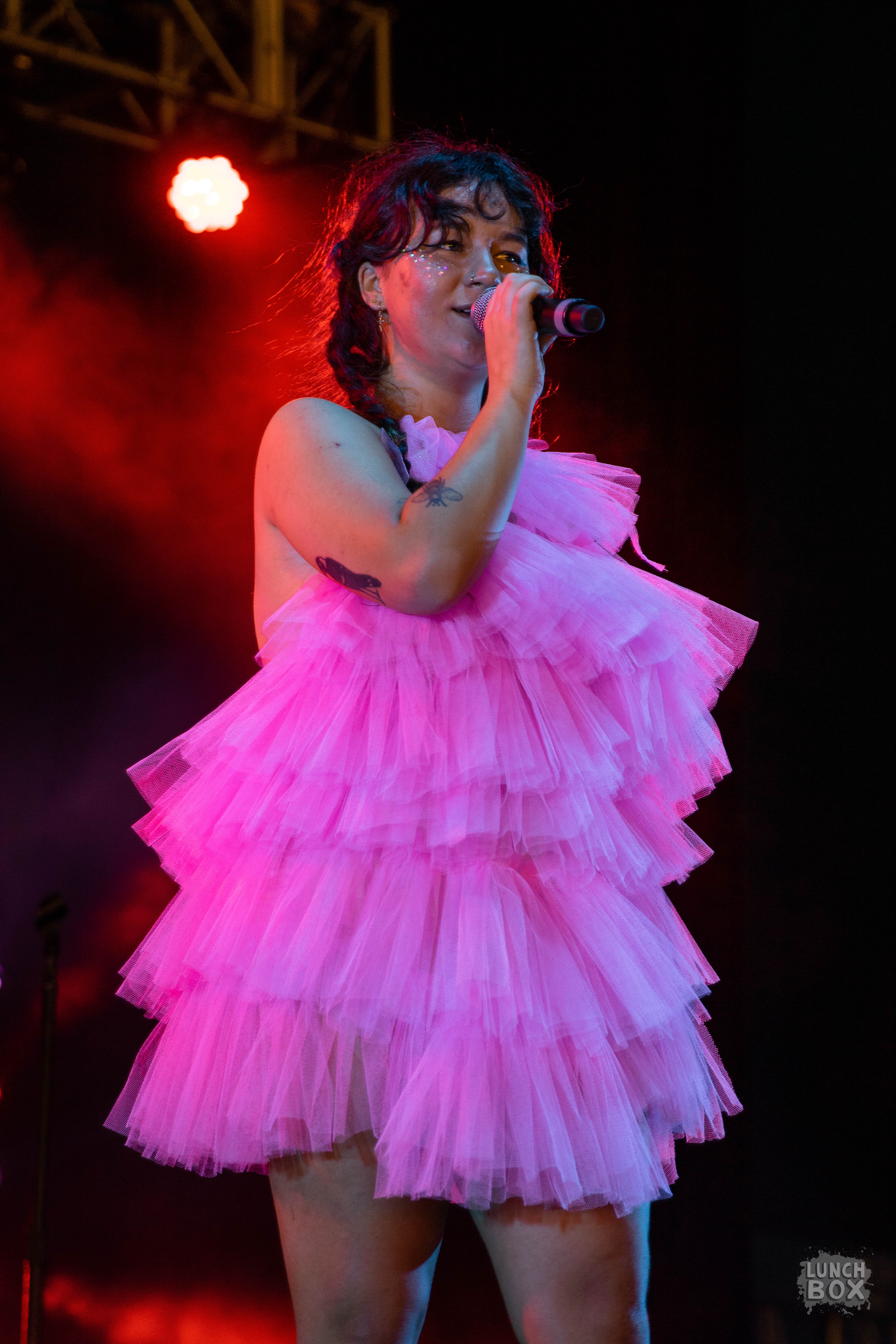 Mallrat planted her flag bravely on the border of several genres and glided across disciplines with ease. One second she was rapping, the next she sweetly crooned and next thing you know, she was whipping up danceable beats with the ruthless skills of an artist twice her age. While immature moshers behind me mocked her choice of a bright pink dress and transgender back-up dancers, Mallrat pulled it off with her irresistible hooks and razor-sharp lyrics. I will, however, forever live in agony that Mallrat brought The Veronicas out as special guests for her Field Day performance and not Falls Festival. Let’s be real here – we all want to see Untouched performed live at least once in our lives, right!? 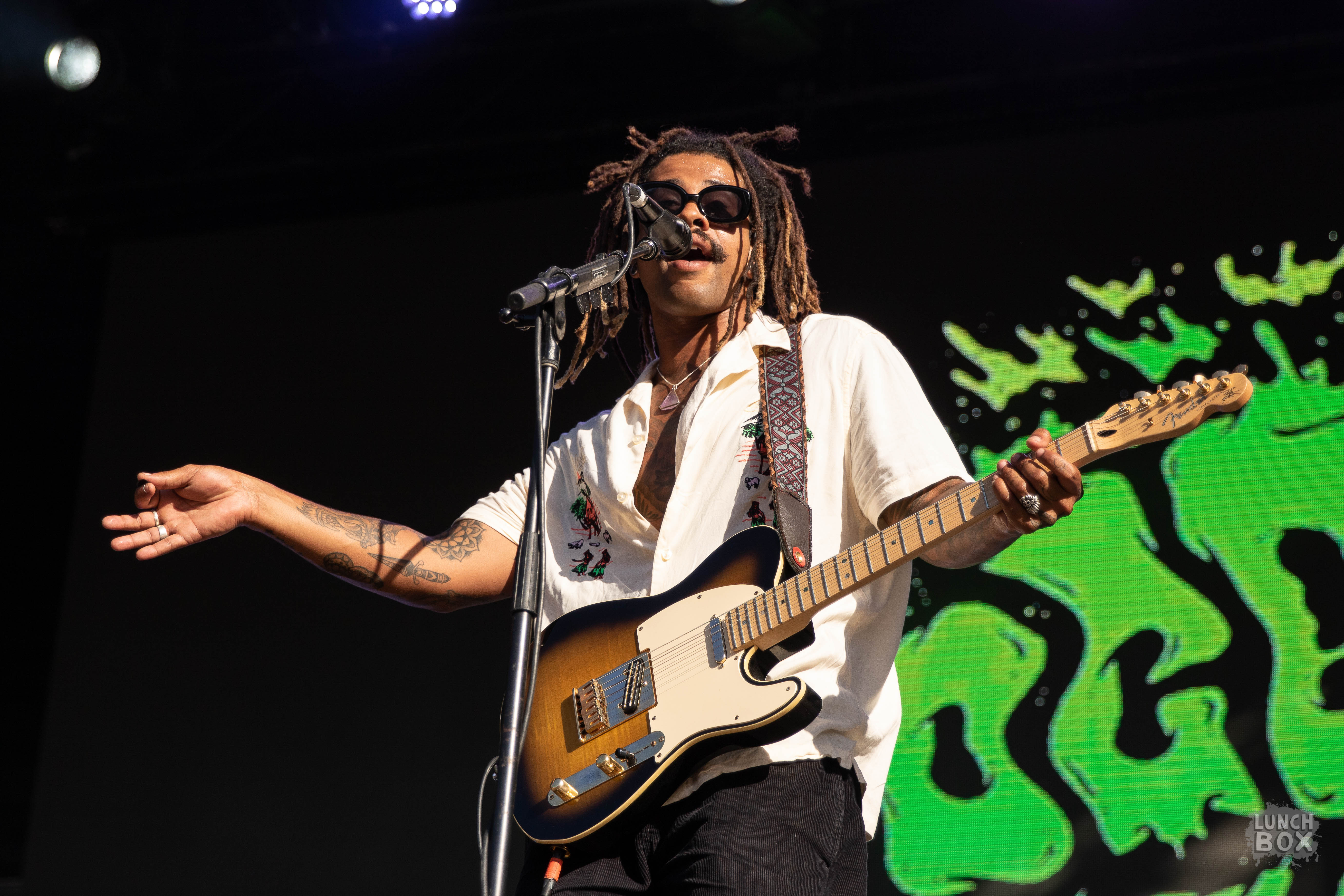 Emerging from the northern beaches of NSW, it’s no wonder Valley Stage became the place to sit, drink beer and chill while Ocean Alley delivered the perfect summer vibes with Yellow Mellow. While most festival goers crowded the mosh pit for the main stage bands, those who caught a glimpse of Ocean Alley’s performance sat back to enjoy reggae-infused and blissfully melodic tunes. The crowd belted out the lyrics to Confidence, the band’s calling card, leaving the unforgettable chorus ringing out across the festival stage – not bad work for a bunch of lads formed out of spontaneous back-shed jam sessions. 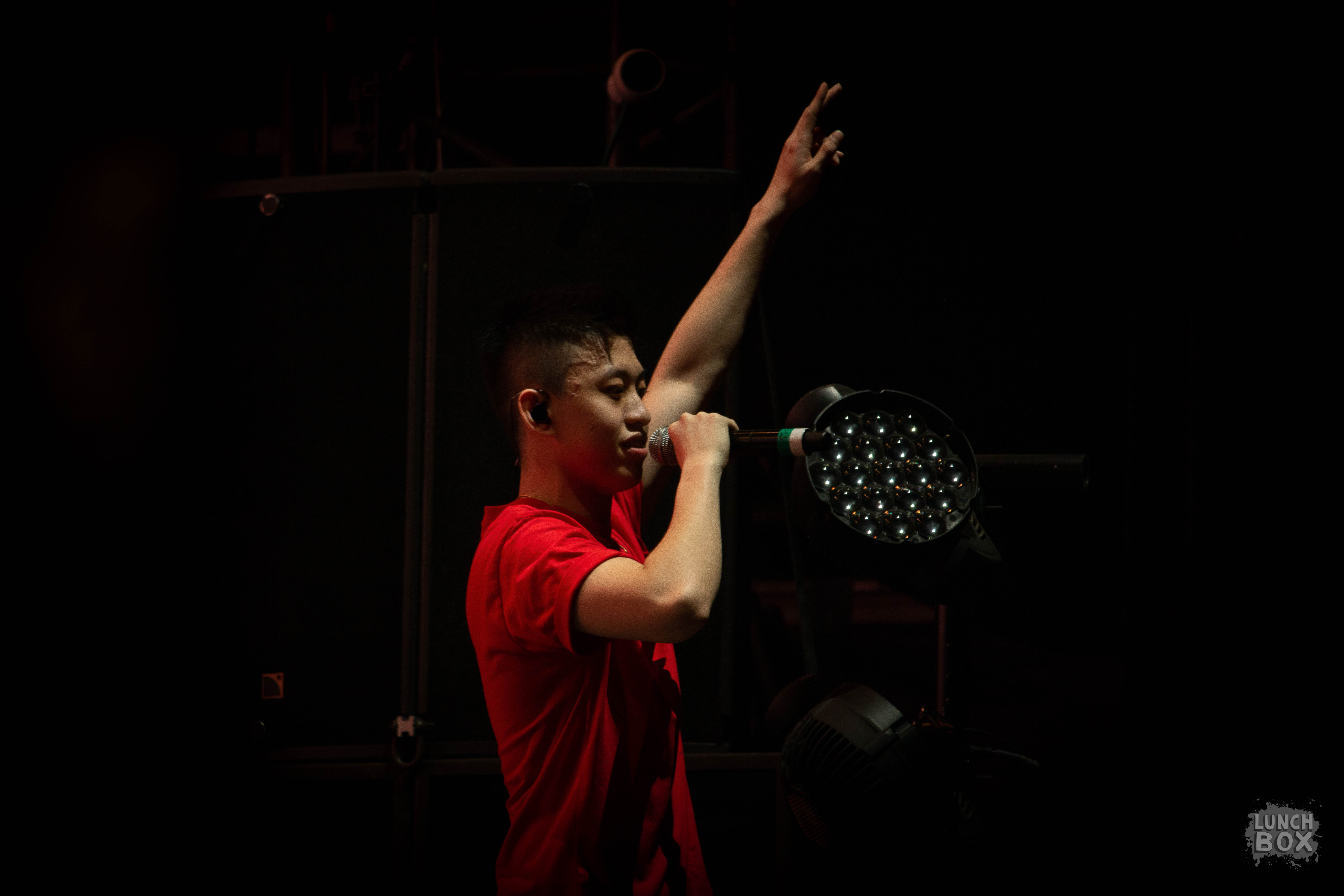 Something a little different and extremely cool took place at Valley Stage when 88rising hit the stage with his Asian hip-hop collective and talented friends, Rich Brian and August 08 and got everyone dancing. 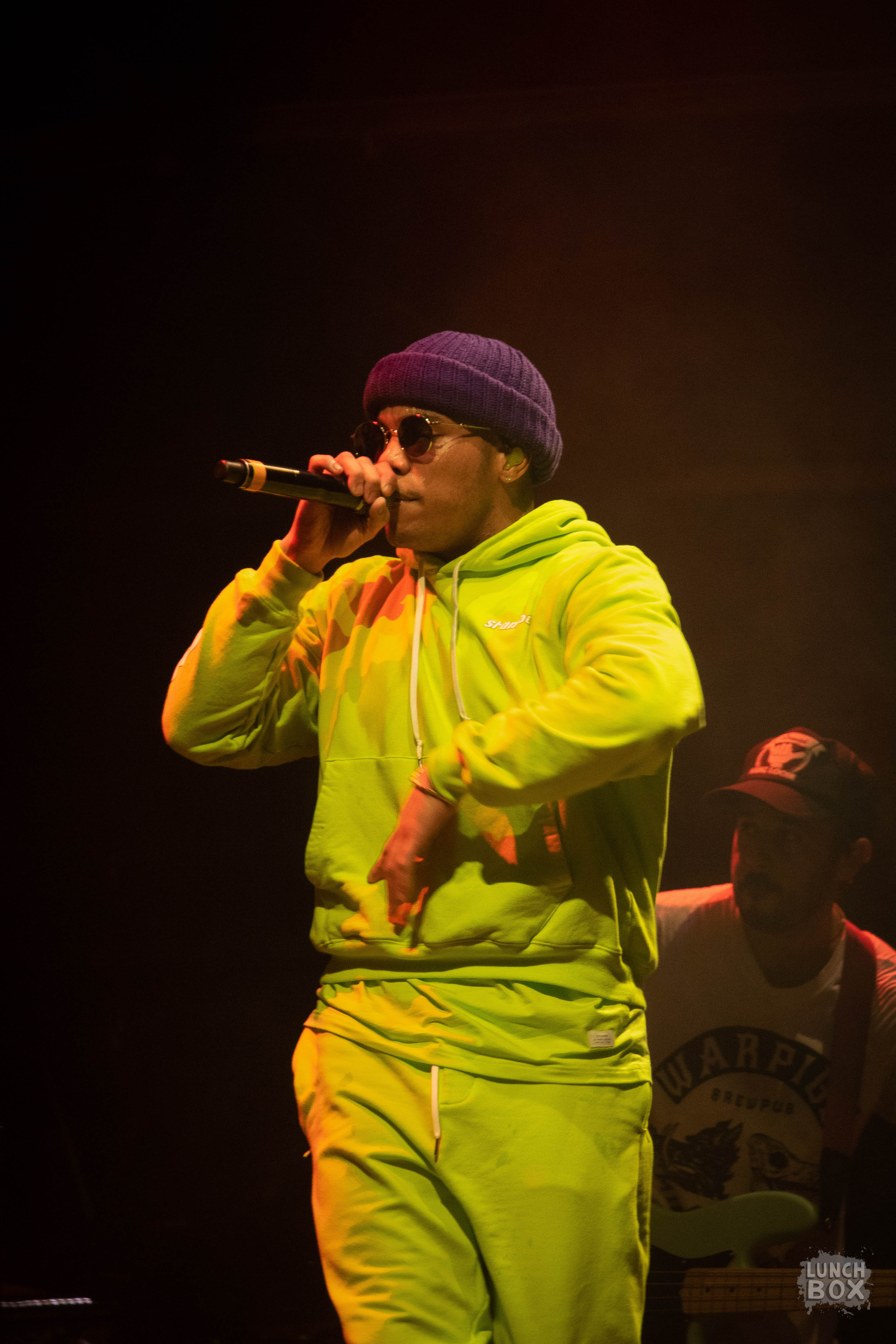 Securing the last spot on Monday’s lineup, Anderson .Paak & The Free Nationals had stepped into big shoes, being the last sound festival goers heard of 2018 and the first they heard of 2019. Anderson .Paak took to the stage with a bang and overflowed with renewed energy. A new year’s countdown and confetti were the highlights of the night.

San Mei AKA Emily Hamilton lead the way to what was a game-changing game for women in the music scene on the second day of the festival. San Mei took the crowd on a musical journey with the transportive nature of music. Her guitar-heavy, dreamy pop explored the hyper-blaze of existence and the intricacies of the in-between.

An overachiever of the best kind, Tia Gostelow dealt in classic indie with an ethereal twist, striking an immediate chord with a chord of listeners.

Performing both with her band and solo, the 20-year-old Nashville native Sophie Allison proved to the crowd she isn’t really concerned with your perceptions, opening with the popular Your Dog lyric, ‘I don’t wanna be your f**cking dog.’ Point taken, Soccer Mommy. Point taken. 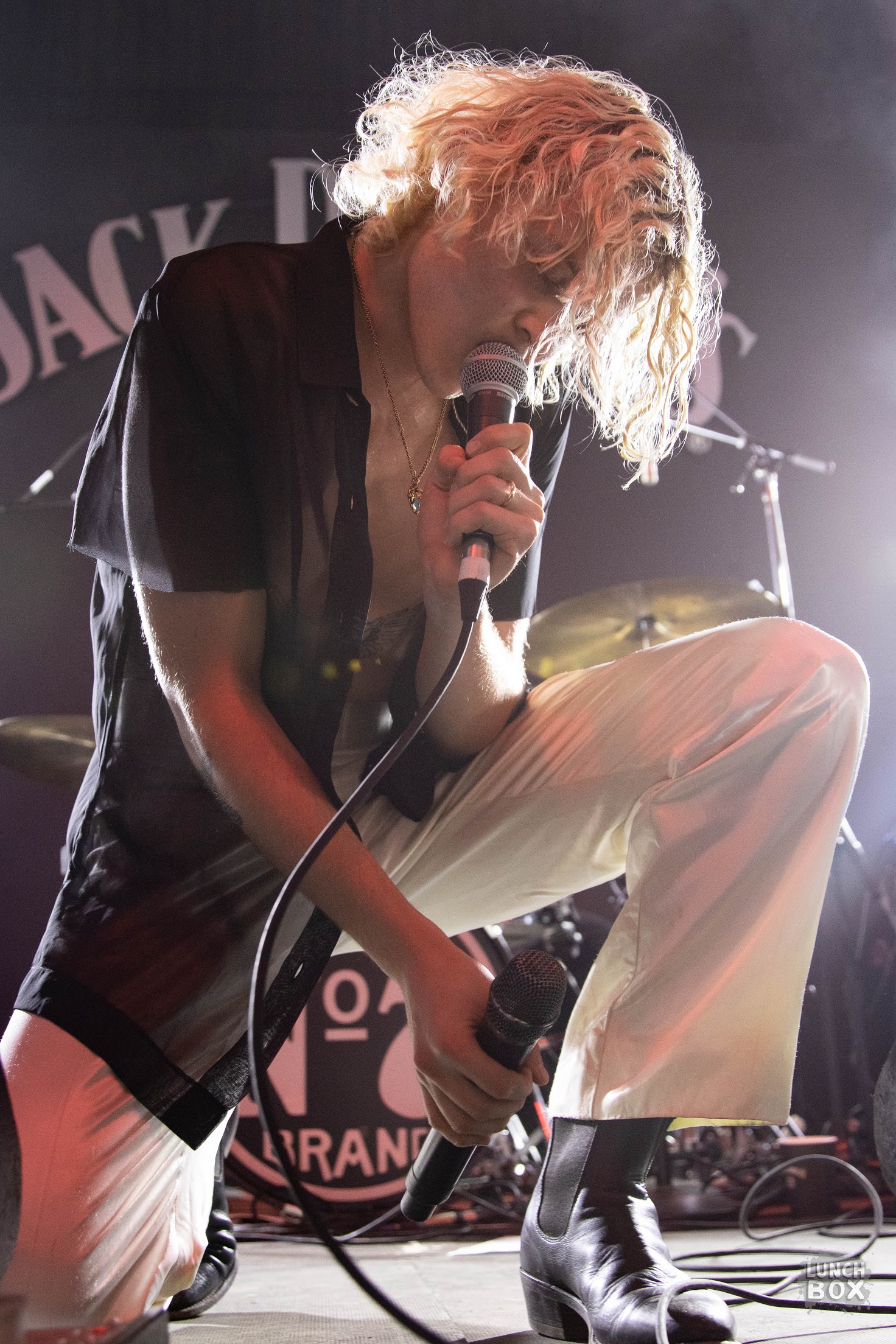 With singer Tim Nelson dressed like an angel and singing like an angel, Cub Sport’s set was religious, funky and dance-worthy. 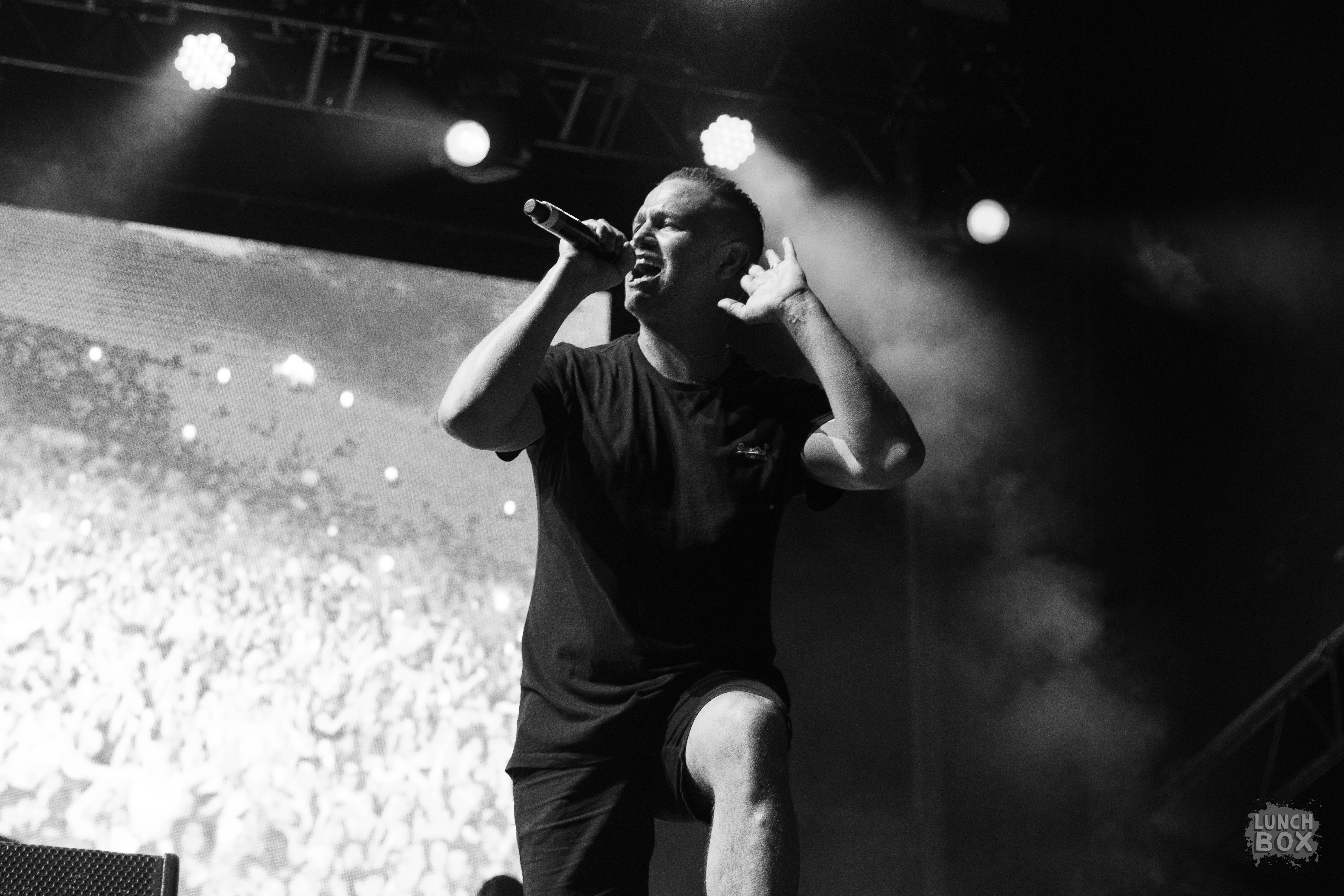 Hilltop Hoods have well and truly dominated another festival stage and was the highlight of Falls, pulling in the biggest crowd of the weekend who grooved all the way to the top of the nosebleed section. If I were to sit down today and put together a list of all-time top 10 of Australian live acts, these guys would go pretty close to topping the bill. National treasures don’t just pop up – it’s our civic duty to cherish Hilltop Hoods.

The masked vigilante of Australian dance music blew musical minds in the most mysterious way possible. He is nothing short of an audiovisual mastermind. 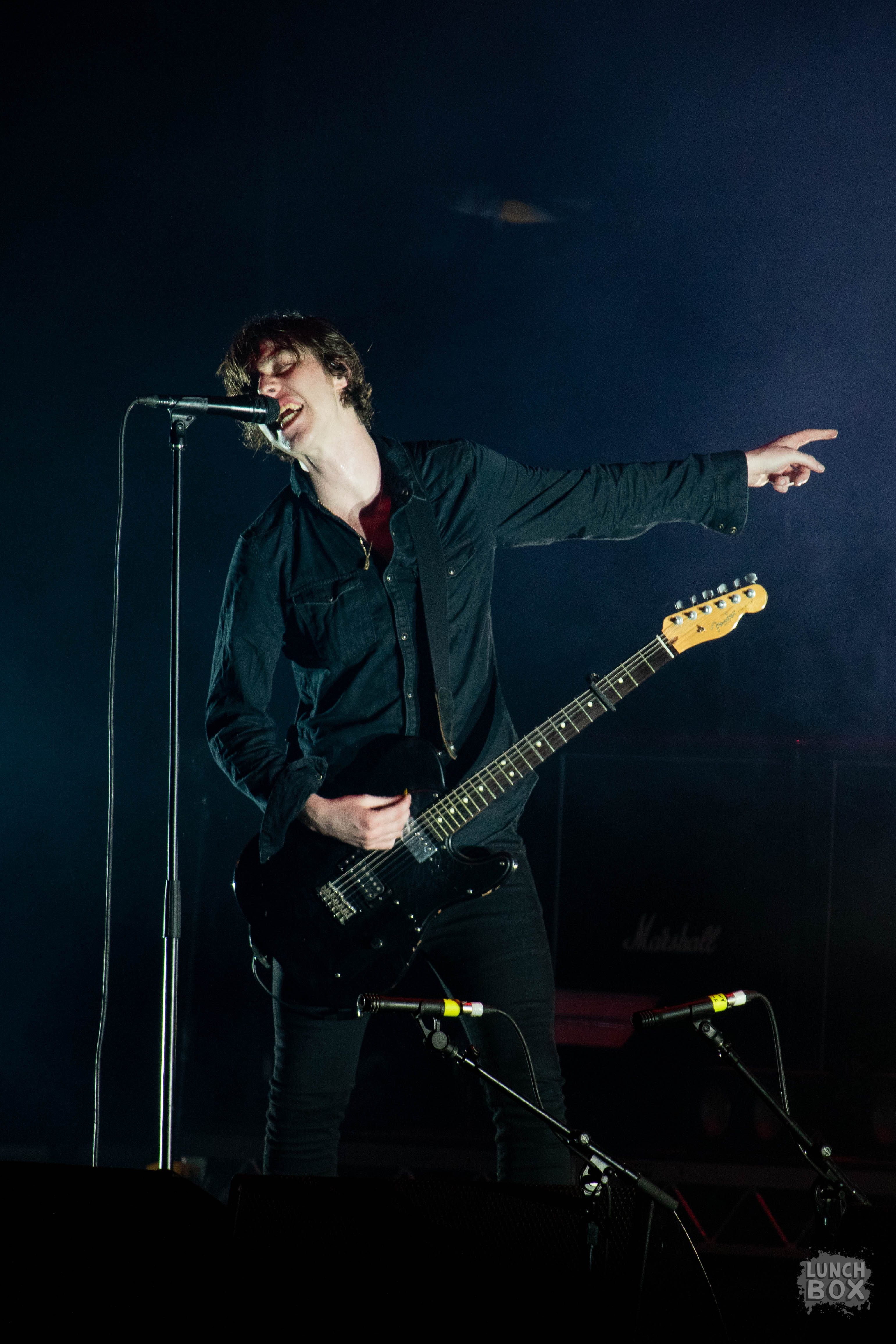 Catfish & The Bottlemen was the band I was most keen to see after the lineup was released, so it was quite disappointing when lead vocalist Van McCann announced he was short of a voice after back-to-back live performances. However, he did not let this get in his way of performing crowd favourites, Kathleen, Cocoon, 7 and Twice where fans confidently took over when McCann needed to gives his voice a break. Let’s be real here, though – why does a band need SO many encores? Especially following the second song? 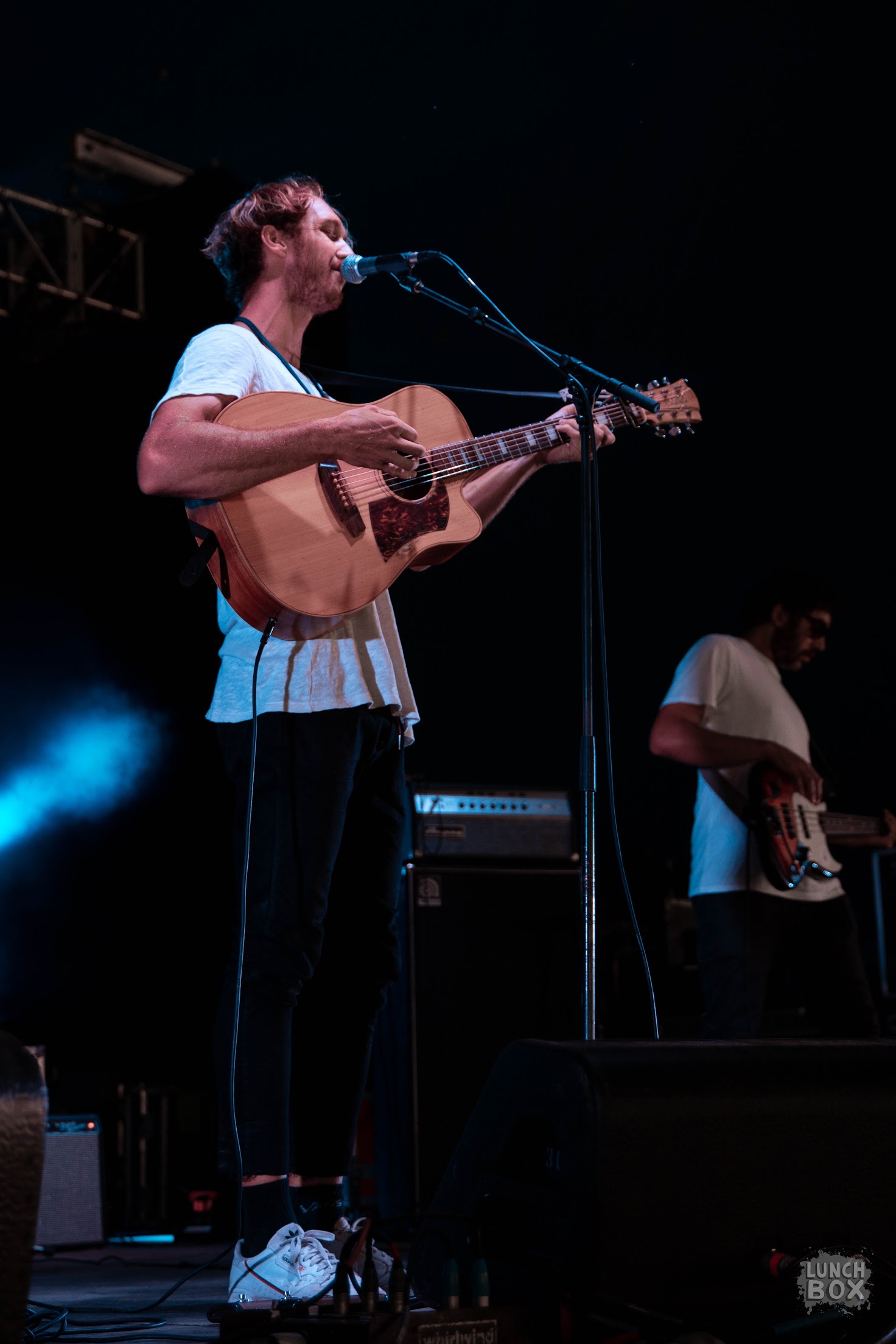 Perhaps it was the early-morning time slot, but it was quite disappointing to see a poor attendance to Nick Cunningham, considering he is a Byron Bay local. He may not be the musician to get up and dance to or belt lyrics out to, but he is quite capable of filling your soul with something special. In my case, it was the perfect opportunity to lay down, close my eyes and dream of plans for the new year ahead. His storytelling and lyrical capabilities captured the imagination and hearts of listeners.

Another poor form in regards to attendance for this Canadian artist who currently resides in Byron Bay. I truly believe those who attend festivals and gigs should support the smaller and local acts whether it’s the music you would normally listen to or not. Remember – your current favourite musicians and bands were once starting out too. There is a reason both Pete Murray and Kasey Chambers consider themselves a Garett Kato fan. 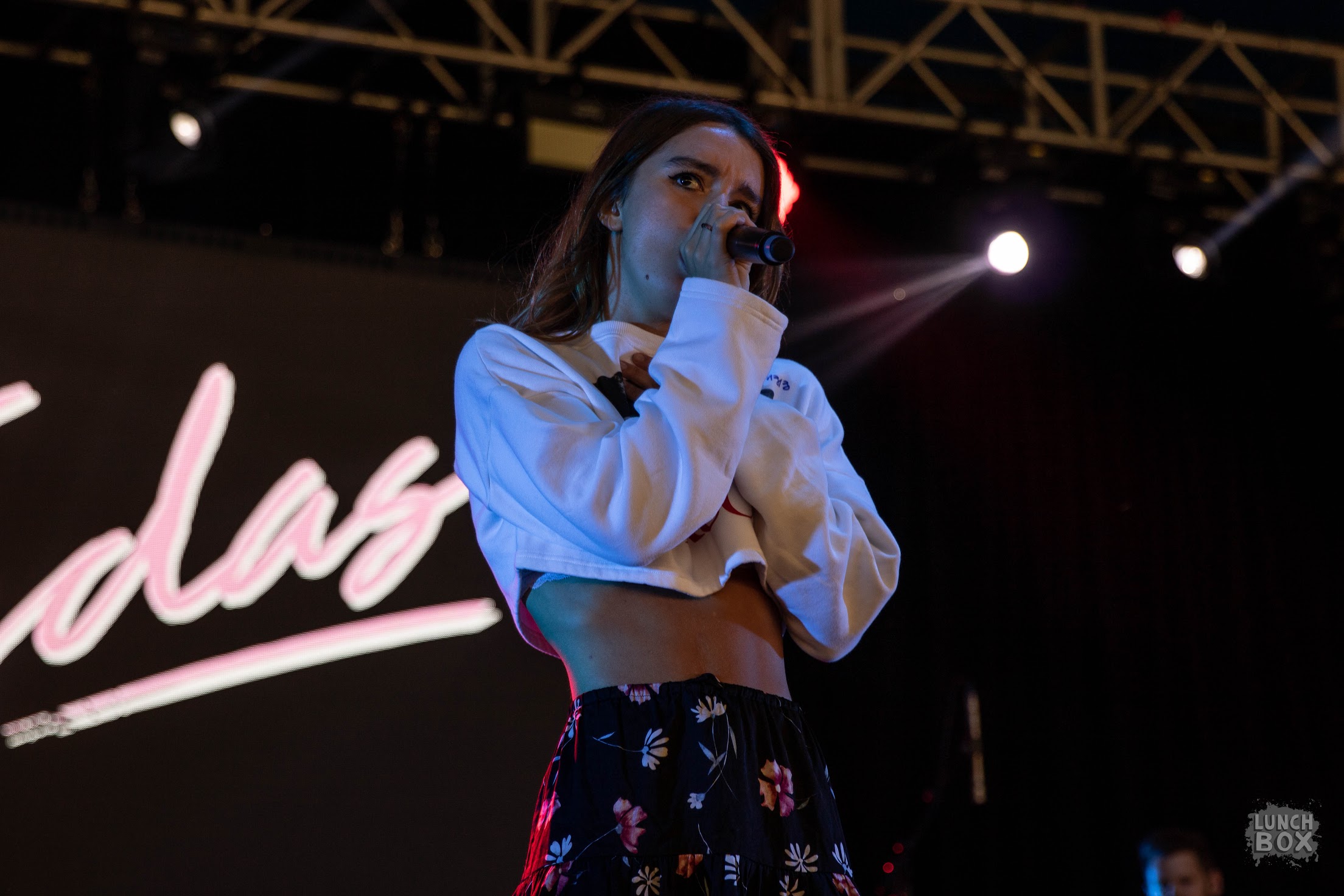 Eves Karydas kicked off with a vocally-strong performance that was sure to amaze, going from strength to strength. That however, took a change of direction, but we can’t blame Eves for that – she handled it as best she could. Technical failures had got the best of her show and let’s face it – she’s awkward and wouldn’t stand a chance at having a career as a stand up comedian. She asked her fans for jokes, failed a knock-knock joke, and shared the story of how she had thrown up that morning. Talk about TMI. After an awkward silence, Eves left the stage and returned with Couch, regaining the strong confidence she had started with. Still, the people who left during her technical failure, weren’t seen near that stage again. 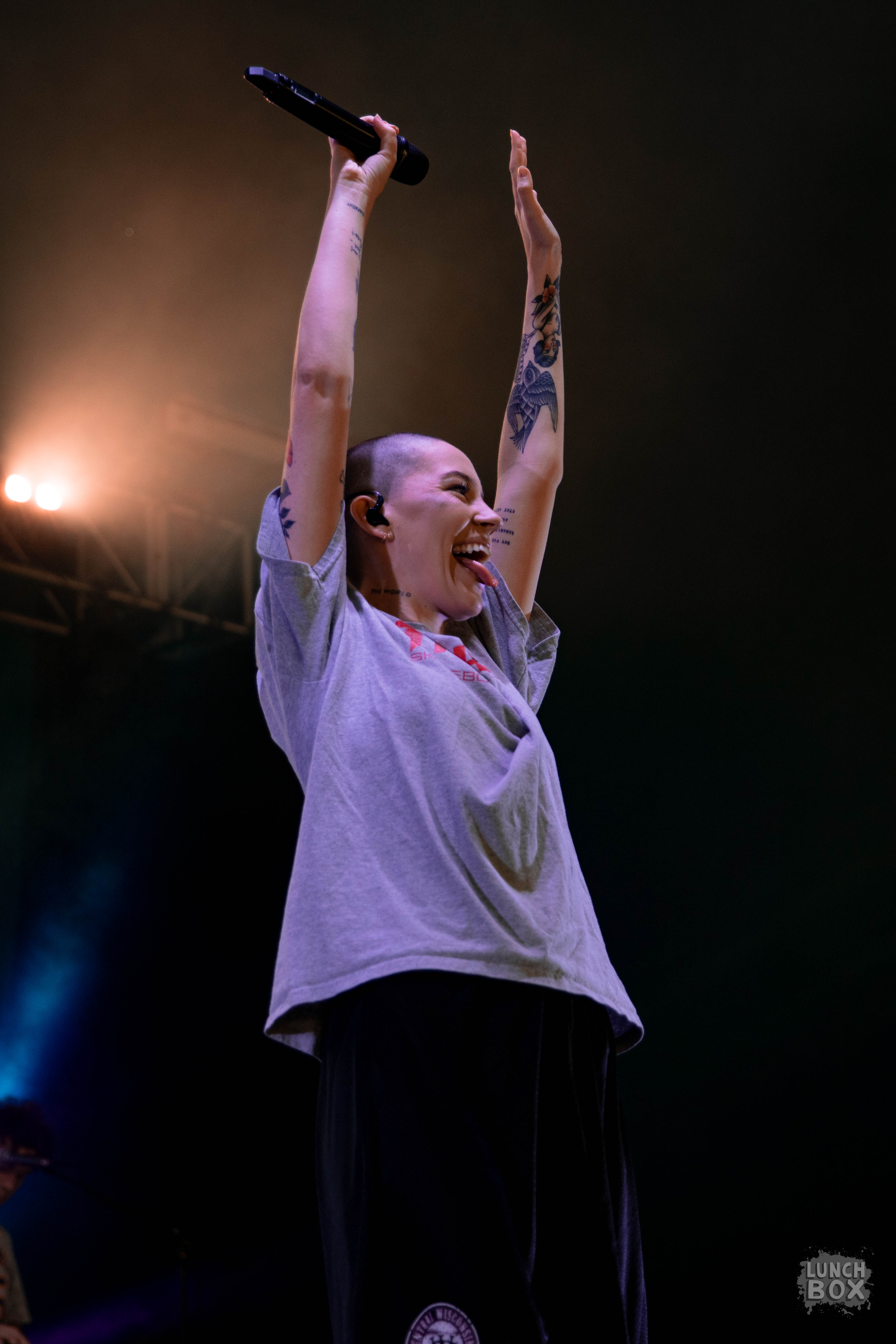 Debuting her shaved head to Australian crowds, Bishop Briggs delivered a unique touch on INXS‘s classic, Never Tear Us Apart, which she recorded for the Fifty Shades Freed soundtrack. This was well-received by the large crowd who occupied the entirety of the stage tent and beyond, reaching more capacity than any other artist who performed on Forest Stage.

Mahalia won over the audience with her storytelling ability and sassy performance of crowd favourite, I Wish I Missed My Ex, sharing the sad, but hilarious story behind the track – “I took one for the team, because now you have this song.” 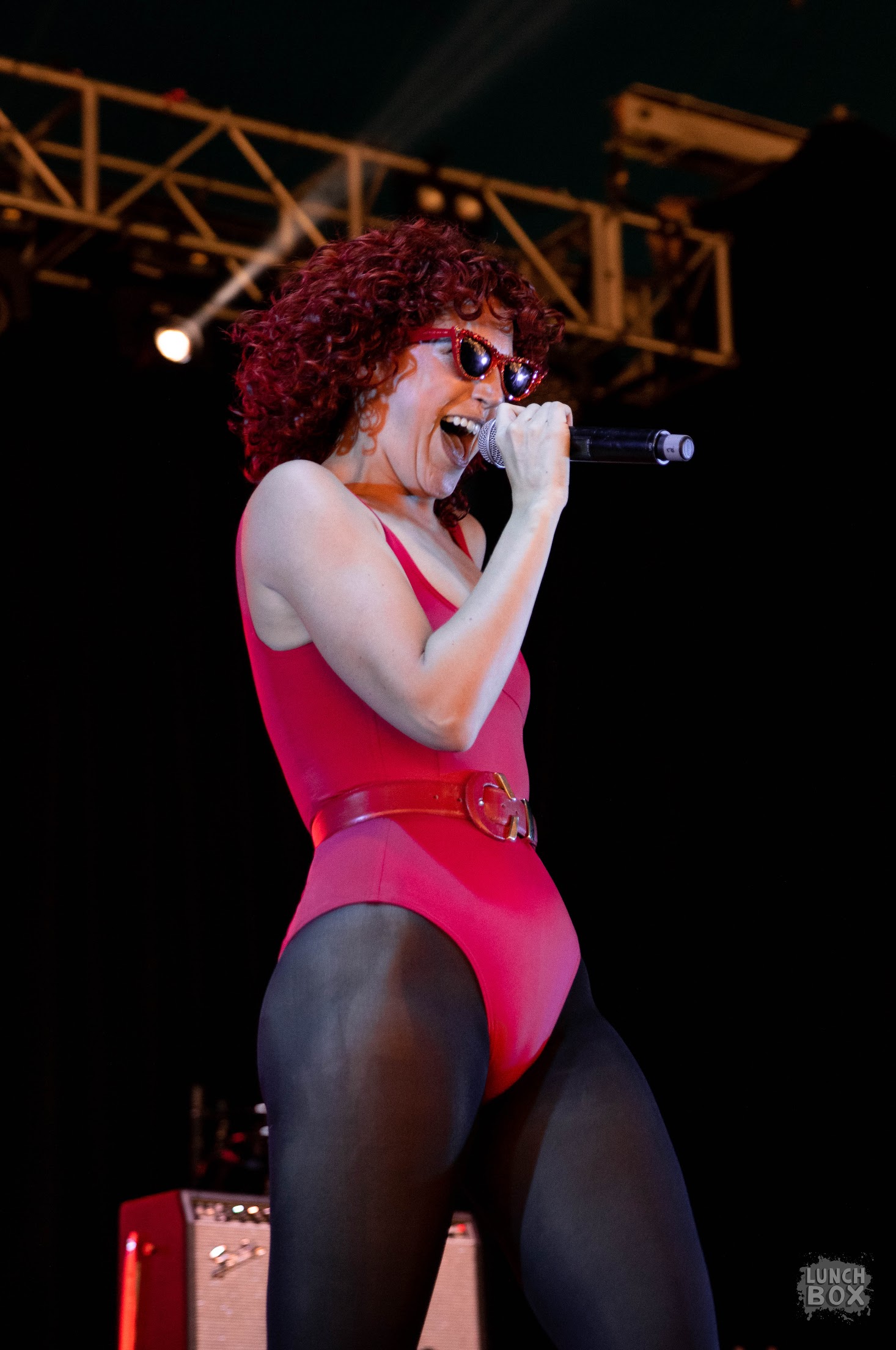 LPX AKA Lizzy Plapinger delivered more energy than ever expected that left the lyrics ‘Let it slide,’ and ‘No one ever warns ya’ stuck in my head for the rest of the night. With her tight-red leotard, retro sunnies, curly hair and dance moves, the audience took a trip back to the 80s. Singing through her smile, LPX’s personality surely was contagious. This raven-haired kaleidoscope of talent displayed a knack for gutsy, electrifying song craft all too rare in today’s musical landscape. Her recent single, Might Not Make It Home, was an escapist anthem of the highest order, using chugging guitars, soaring synths and an unforgettable chorus to build the classic. ‘We might not make it home,’ she cried. “That sounds wonderful.” Every festival goer knows the feeling.

A dream weaver with a joyous pop sparking and just a hint of heartbreak, Jack River AKA Holly Rankin, became a festival favourite with tunes such as Fools Gold, Fault Line and Ballroom. 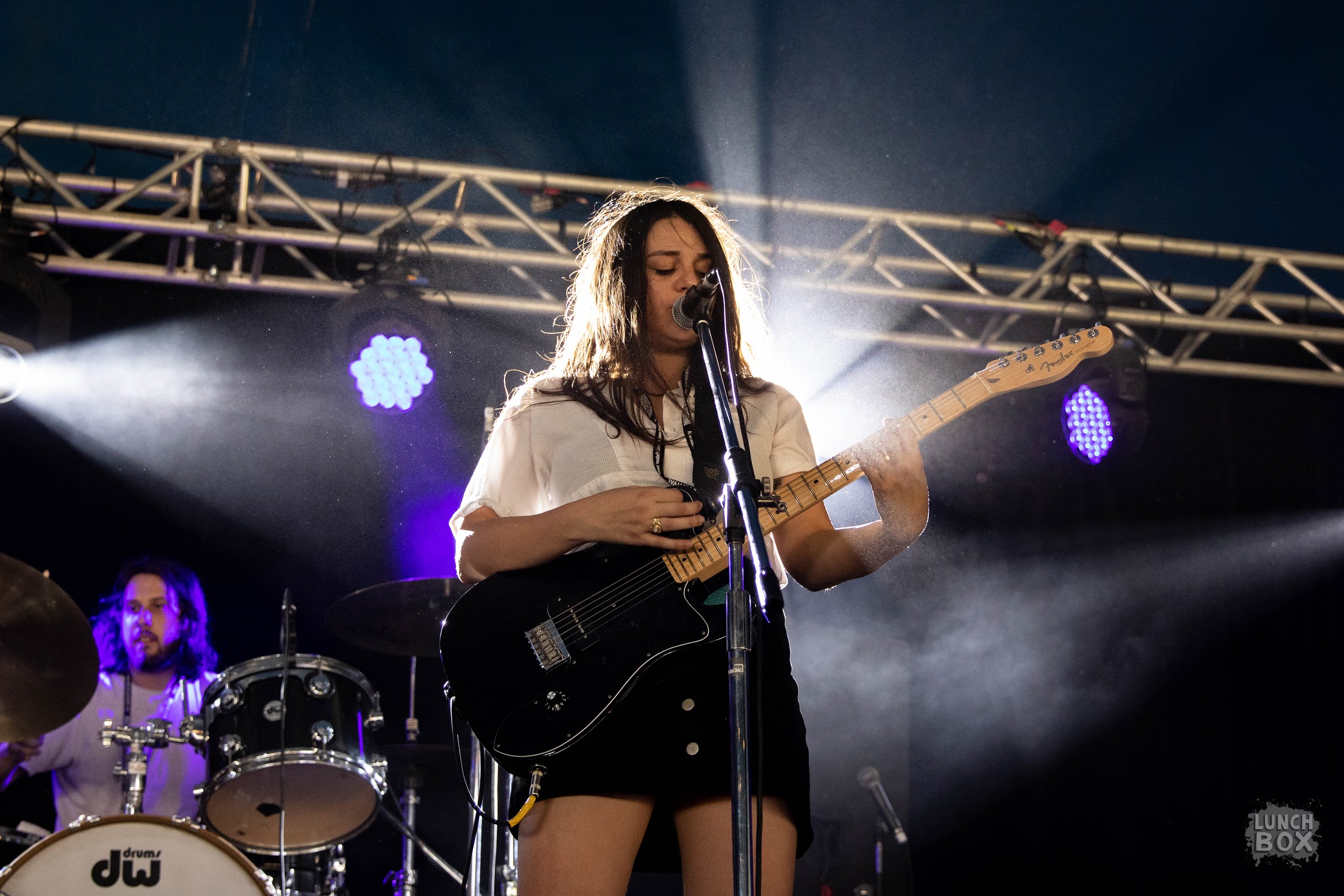 Tired Lion carved out a massive sound perfect for some good old-fashioned mosh pit action with their tunes Fresh, Dumb Days and Where Were You. Tired Lion sure do know how to get a mosh started. 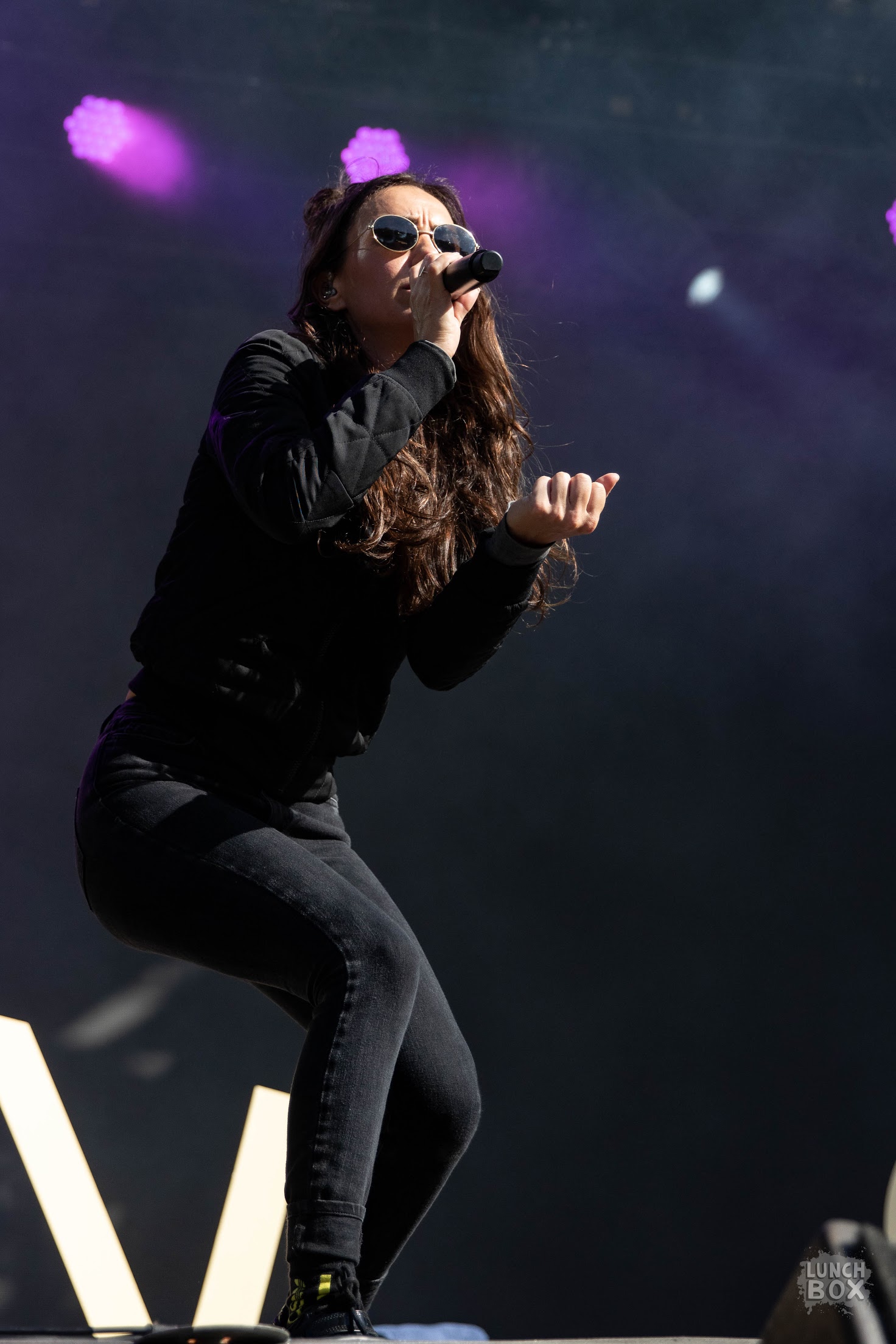 There is no doubt Amy is one of the most-exciting, new pop talents in Australian music. She has a knack for melody and has the ability to cut right through loose heartstrings with a single hook. Fans belted out the lyrics to Adore You and I Said Hi, and followed Amy’s instructions to “dance sexually” to Don’t Turn Around. The fast-rising musician, who seemed to have appeared out of nowhere, may have won over fans with her voice, also attracted a fan base from her personality. Amy stopped the show to offer a bottle of water to a mosher in the front row because “You looked thirsty and I’m a caring person. Although, that’s kinda slack to everyone else and I shouldn’t have done that.” Could someone please tell Amy Shark tight jeans and a long-sleeved tee under a thick jumper may not be the best choice for a festival performance?

With a voice as devastatingly emotive as it is inclusive, Falls Musical Festival crowds fell head over heels for the young songstress. She was well recognised for her ability to tug at the heart strings as she built perfect pieces of indie pop gold. 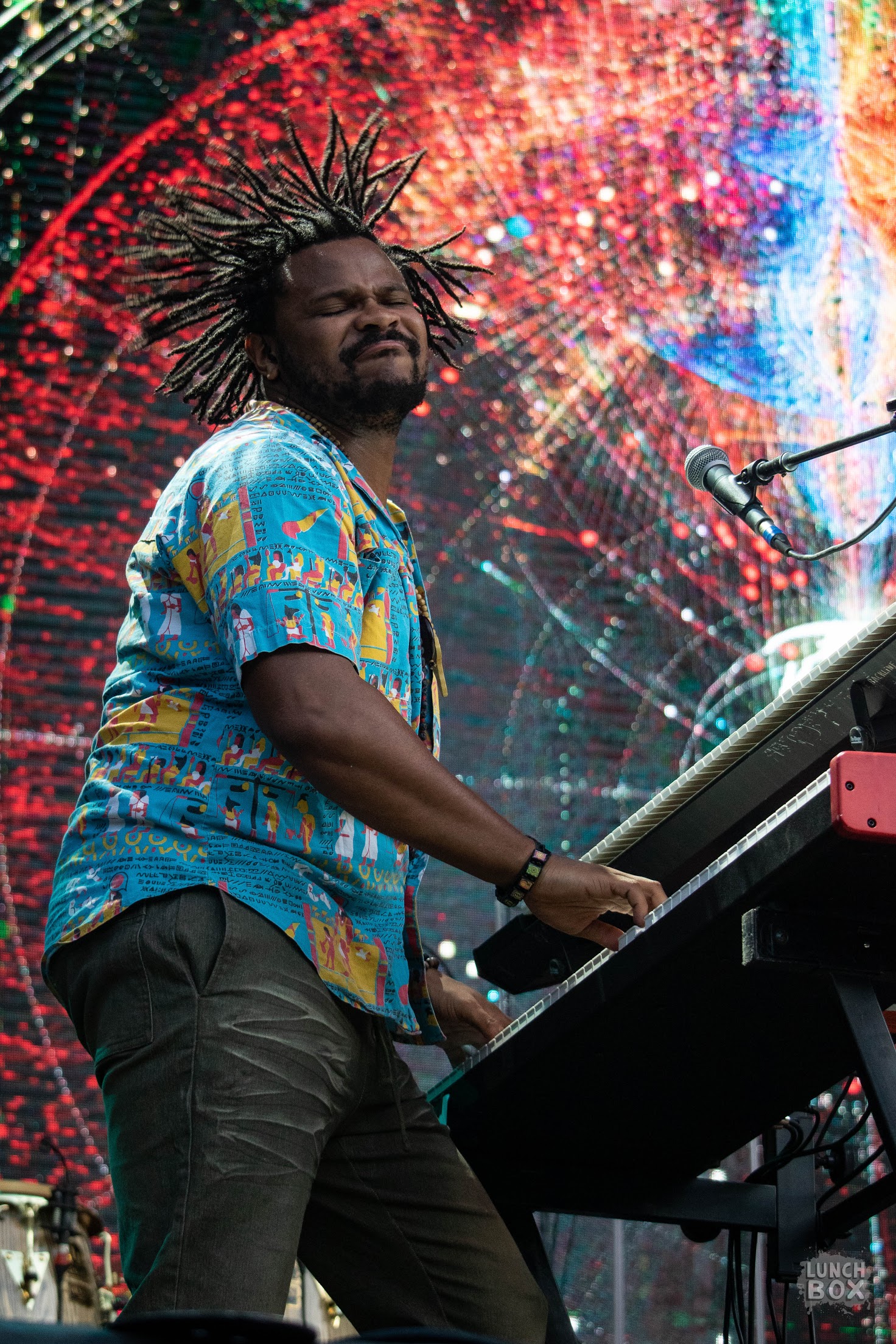 Truly amazing things never go out of style, such as Toto’s Africa. First heard in 1982, this masterpiece of popular prog has been a staple of pop culture since release and had crowds dancing with excitement and running to the front. Musically mind blowing and with more hits than you could poke a stick at, there’s no doubt people will ask, “Where were you when Toto played at Falls?” for years to come.

The hype game of US rapper Juice WRLD was next level and had everyone bopping. 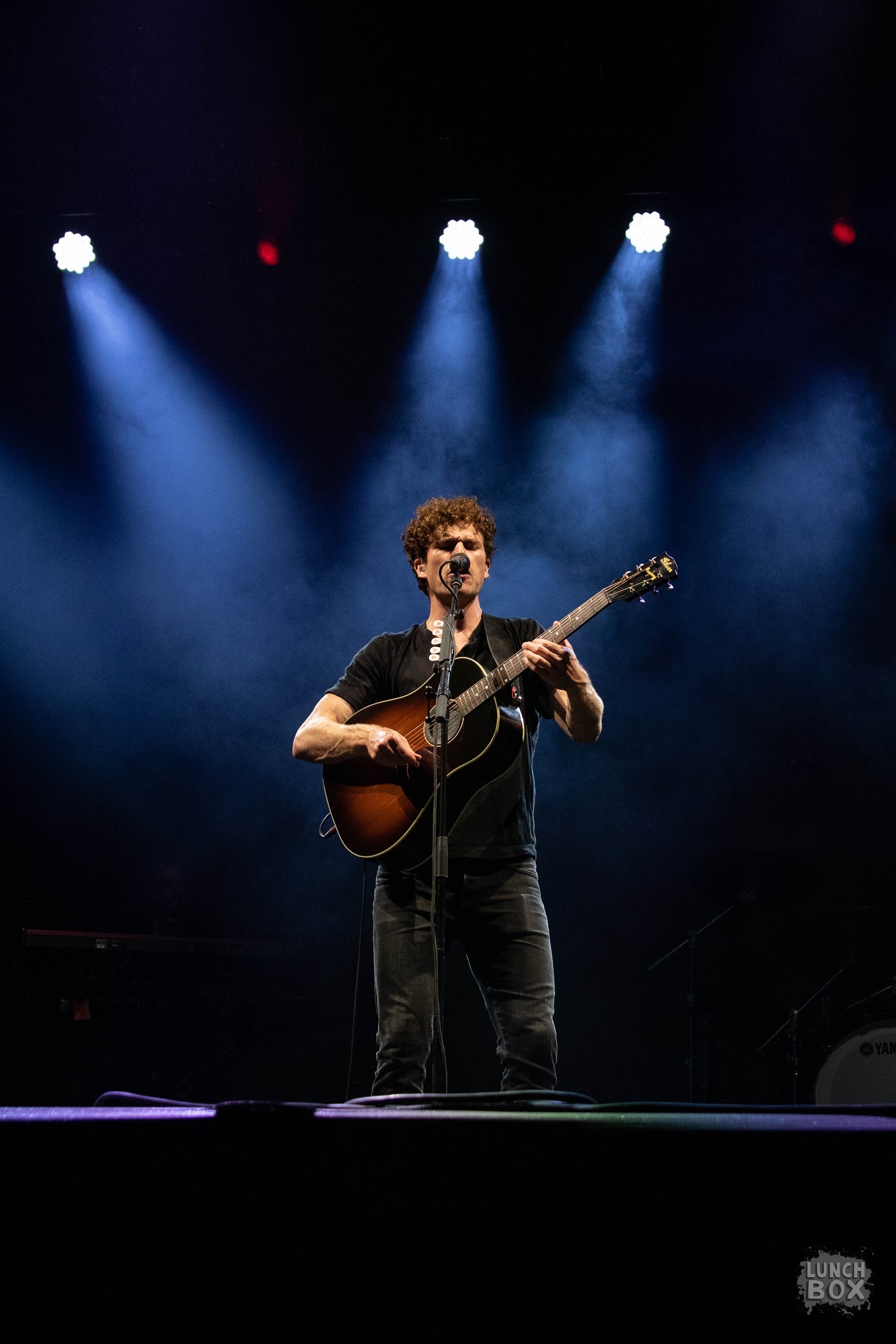 A man who needs no introduction to Australian audiences, Vance Joy had a large singalong to loveable tunes Riptide and Saturday Sun. 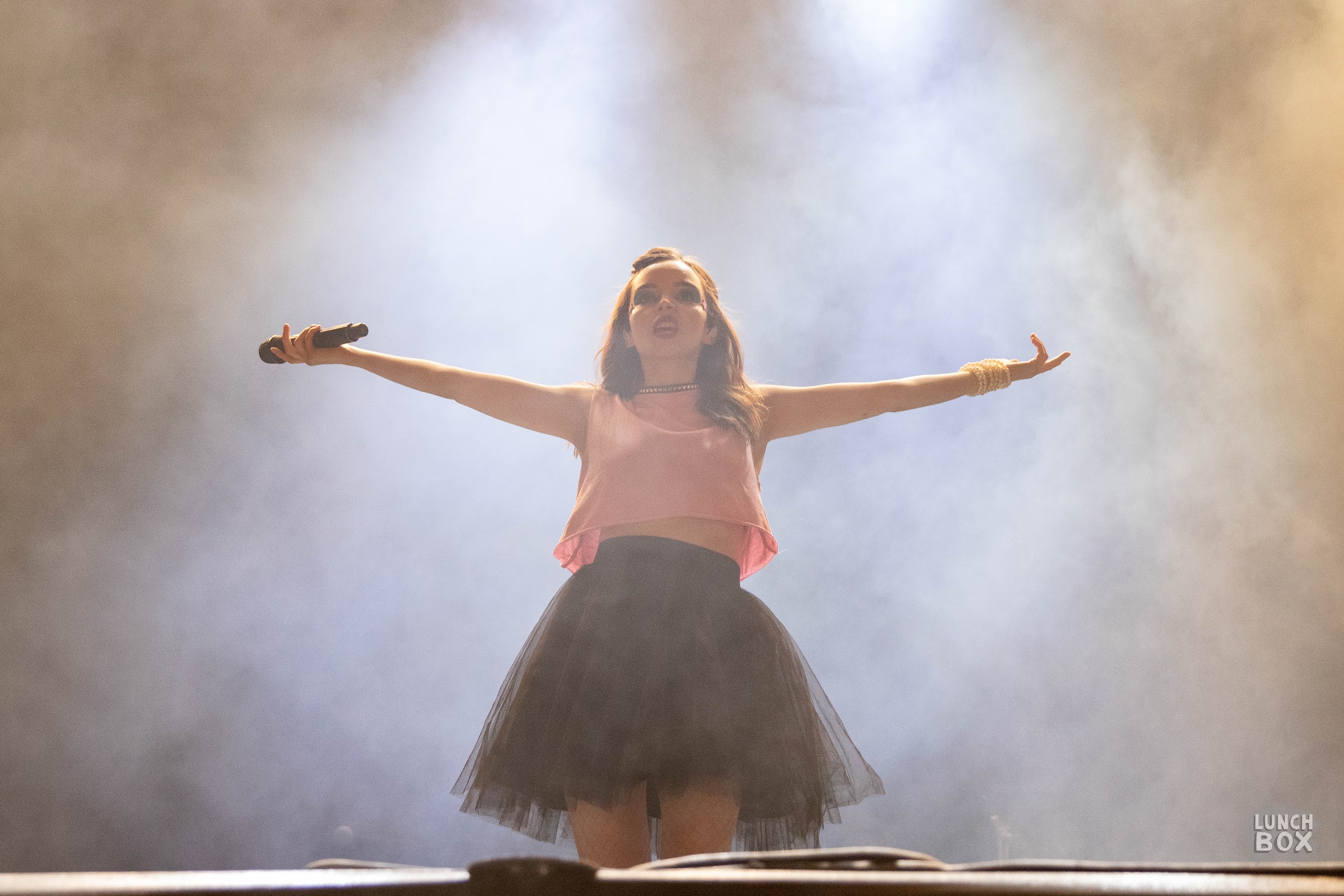 Armed with a shattering new album and driven by a reaffirmed love for glassy, synthesised and wildly melodic pop, the Scottish trio had already set the gold standard for this year’s Falls Festival before it had even begun.

Combining synthesisers, luscious drum sounds and colourful beats, Cashmere Cat had the crowd dancing in no time. It’s no wonder his phone has blown up with the likes of The Weeknd, Ariana Grande, Kayne West and Selena Gomez.

After the legalising of same-sex marriage in Australia last year, it was only fitting Heaps Gay DJ’s was invited back to the Falls stage. They performed a massive celebration of inclusiveness, fun and creativity, playing as loud and proud as humanly possible. What a great end to another eventful Falls Music Festival.