“Don’t get your panties in a tangle“, but AIRPORTS – the moniker of Sydney producer Aaron Lee – has just dropped a steaming hot pile of awesome in the form of your fave new party anthem, Single Together.

Oozing funk ‘n’ groove, Single Together will have you getting down in your apple-bottom jeans like you’re freshly legal and slamming vodka raspberries at your local.

“Those songs that everyone can’t help but jam out to if they come on at a party. I definitely want to make a few of those classics in my life, so this is a little attempt to channel that feeling!”

Following on from earlier singles Limbo and Speak My Mind, AIRPORTS is a name that you didn’t realise was already on your radar.

Lee has been on production duties for the likes of Sammi Constantine, Holly Alison, Savilian and more, as well as performing alongside Allday, Cosmo’s Midnight, Thundamentals and Kuren.

The tune sees a divergence from the theme of earlier works, swapping meaningful lyricism for a hip-swinging party anthem to get you amped for the weekend.

What’s even more incredible is what Lee has overcome to get to this point.

Facing not one, but two life-threatening illnesses, he tells us “When I was spending a lot of time in hospital at 14 it really helped give me the mental space to dive deeper into my passion for creating music.”

Lee was diagnosed as a teen with “A-plastic” anaemia, which healed within a few years. He was then diagnosed with “PNH (Paroxysmal Nocturnal Hemoglobinuria) as an adult, which is a scary word for a really scary blood disease which he receives ongoing treatment for.

“I can definitely say that we are all stronger and more supported than we often think. Undergoing such health complications I believe grew a bigger resilience in me to push through and keep working towards my dreams.

“None of us are exempt from challenges in life but the way we respond can change a lot for the positive.”

For this absolute Vibe (with a capital V) of a single, he worked with Hamley (Allday, Illy, Drapht,) in the co-production chair, laying down every titillating vocal chop, retro-fuelled synth and boppin’ hook while recording in Melbourne.

“Hamley is such a legend and has a great team around him,” enthused Lee.

“He was showing me some beats and was a bit shy about showing me the idea which became Single Together. I got it out of him and was just immediately feeling it, I was like ‘THIS IS IT!’ then we remade the track together and I wrote to it.”

Like a quality little black dress, Single Together works for any occasion: for a boogie in your undies on Saturday arvo, a warm-up for the dullest of pres, and will ensure every dance floor is so hot the ceiling sweats. Yummy.

We’re calling this one a LunchBox-certified banger.

Keep your eyes peeled for a music video, and new tunes coming from AIRPORTS very soon.

Now, please excuse us, we’re just going to spin this one for the billionth time today. 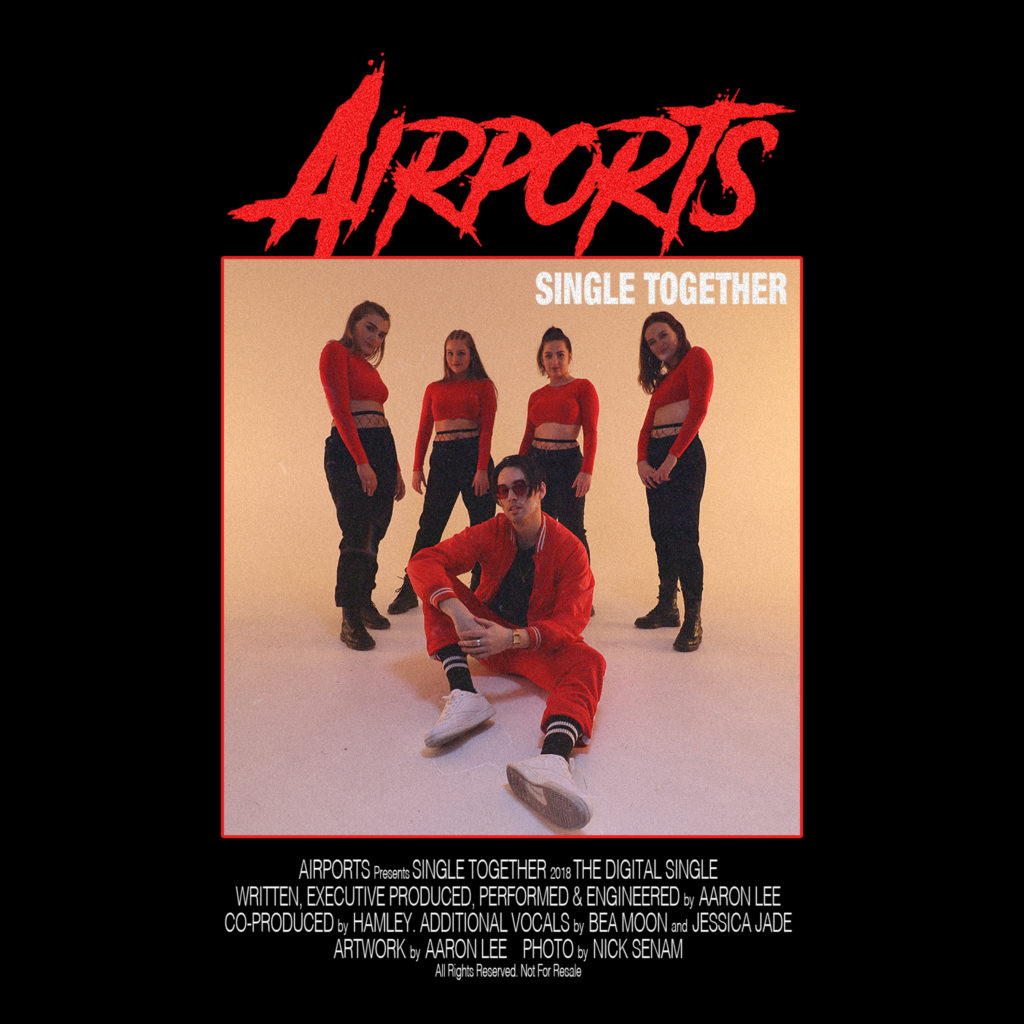 PREMIERE: SIILA BRINGS ON THE FEELS WITH ‘BYM.’ VIDEO

PREMIERE: The Attics find themselves in a 9-5 job for ‘Pastel Blues’

PREMIERE: A revealing take on party culture with Lotus and LARKS’ ‘Drinking Hard’

PREMIERE: Melbourne supergroup Monnone Alone get deep (but not so meaningful) in ‘Cut Knuckle’ video

VIDEO PREMIERE: Ben Panucci channels conceptual artist via lots of turmeric in ‘Quite’